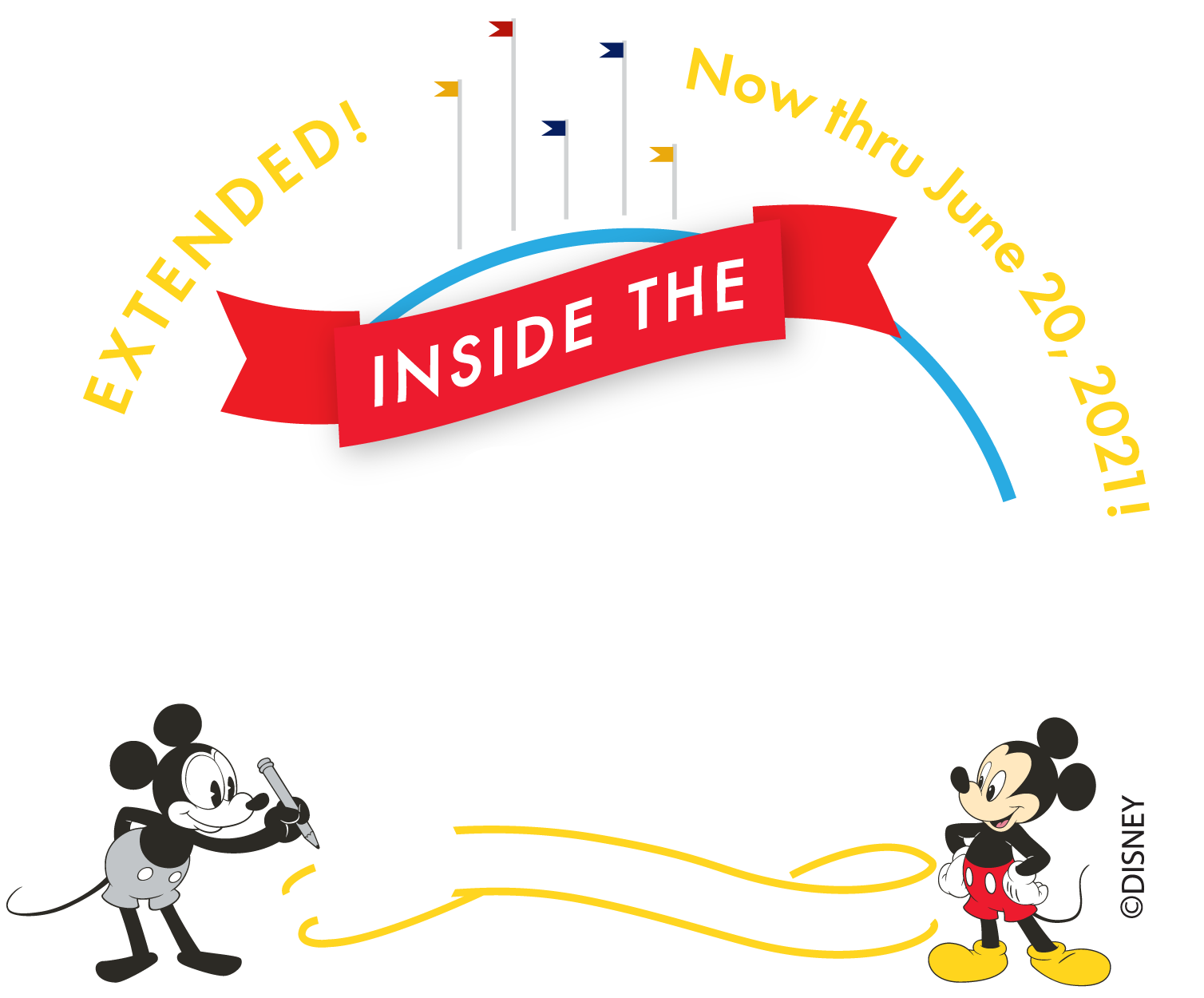 This Digital Guide is designed to let you bring Disney texts and stories with you while you prepare for and explore Inside the Walt Disney Archives: 50 Years of Preserving the Magic.

Keep scrolling down to begin the exhibition’s narrative with the introduction, or tap on the section titles below to jump ahead.

Any time you see the + button in this Digital Guide, you can tap on it to expand a section. A second tap on images in “Did You Know?” sections offers more information on a Walt Disney Archives staff member’s favorite objects in the exhibition.

To read favorite Disney stories by visitors to the Bowers Museum or share your own, tap on Storytelling Portal above! 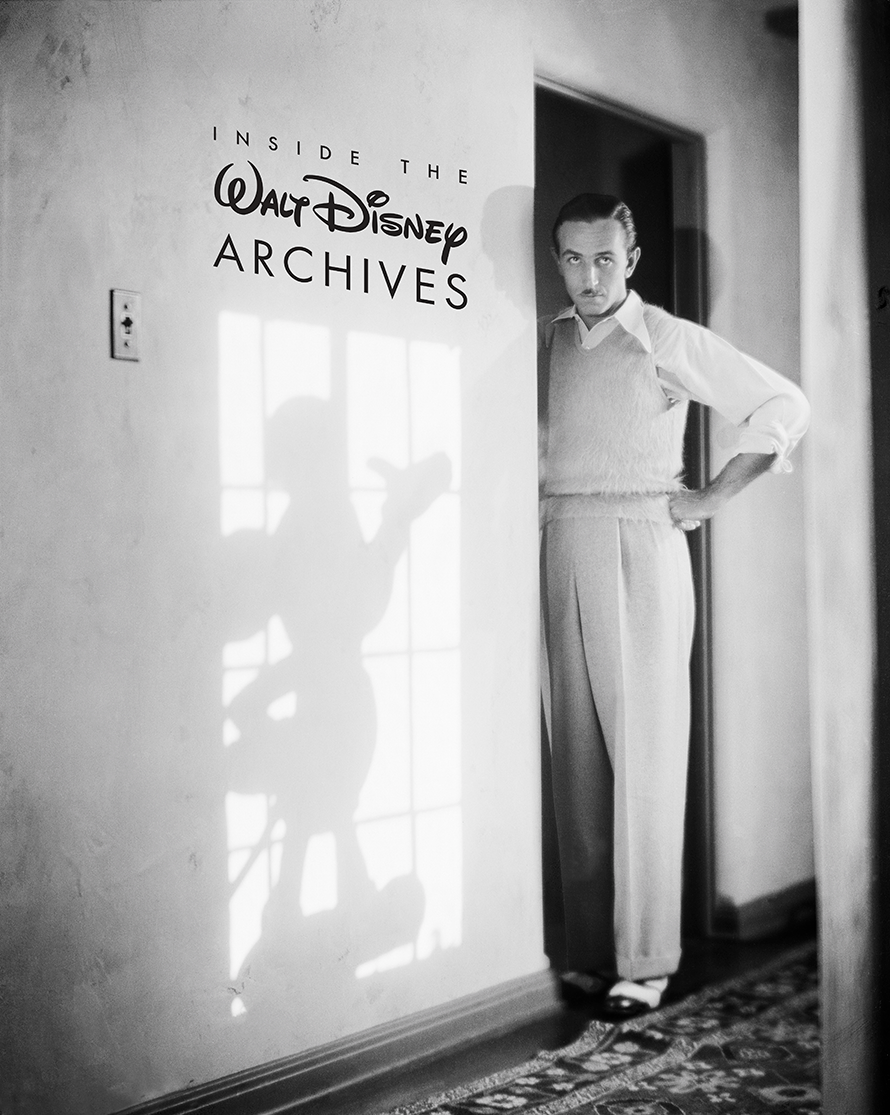 For nearly a century, The Walt Disney Company has created timeless family entertainment that has touched the hearts of generations the world over, encouraging us to smile, sing and even shed a tear.

This tale began in 1923, when Walt Disney arrived in Hollywood.  Over the next four decades, this one-of-a-kind storyteller introduced the world to unforgettable characters, created enchanting tales both old and new, and reimagined outdoor amusement into themed entertainment.Almost fifty years after the fledgling Disney Studios gave life to a mouse named Mickey, Walt’s brother Roy established the Walt Disney Archives at the studio lot in Burbank.  Its mission—to collect, preserve, and make available the history of the man and his company, so that it can continue to inspire artists, audiences, dreamers and doers of all ages.

With more than 13,000 boxes of documents and merchandise items, a library of twenty million photographs, more than 12,000 catalogued books and several thousand historic props and costume pieces—from the first “Mickey Mouse Club”series to the latest feature films and park attractions — the Walt Disney Archives documents Disney history as it happens daily.

Although it is not open to the public, Disney Cast Members, Employees, Imagineers and outside researchers working on official projects can visit the Archives to study and understand the past to help them create the Disney magic of today—and tomorrow!

Now in celebration of its founding fifty years ago, it is your turn to get a glimpse into Disney’s storied history as you walk through this special recreation of the Archives. We have included for your enjoyment treasures representing the vast scope of our various collections, and invite you, our honored guests, to join us “Inside the Walt Disney Archives.”

In this iconic studio photo, Eva Jane Sinclair (painting) and Jackie Walker (holding the palette) work on the Mickey Avenue and Dopey Drive sign located at Pluto’s Corner. This photo was taken in 1940 on The Walt Disney Studios Lot in Burbank, CA. It comes from the Walt Disney Archives Photo Library collection which houses over twenty million photographs and is constantly expanding. The Photo Library is responsible for maintaining the photographic materials of The Walt Disney Company from as early as Walt Disney’s childhood to present day. As an Assistant Archivist, I fulfill requests made through our online website for digitized images, assist in the research of photos such as this one to be made available for publication, display, and further study, add metadata to digitized image and video files, organize and assess our collections to make new records, and so much more!

A Message From Dave Smith

“Welcome to our very special exhibit: Inside the Walt Disney Archives. The Archives was founded in 1970, and for 40 years I served as its chief archivist. When visitors…came to the Archives, they were always fascinated with the variety of materials in our collection: from original art to important documents, from toys and games to books and records, from film scripts to props and costumes. Most of this material has never left the Archives, but now, for the first time, we are bringing the story of the Archives to [you]. We hope you will enjoy it.”

This site is optimized for mobile and tablet.

Publish modules to the "offcanvs" position.